There once was a landowner, Jesus told, who owned a vineyard. He had leased the vineyard out to a group of tenants because it was in a town far away from where he lived. The rent each year was a share of the tenants’ crops. 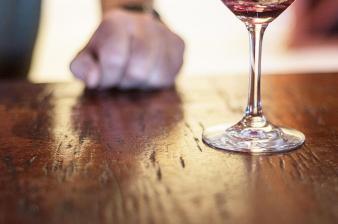 The time came for the rent to be due, so the landlord sent one of his servants from his home to the town where the vineyard was located to collect the landlord’s share of the produce. When he arrived, the tenants turned up their noses at him and sent him away empty handed.

The landlord wanted to believe the best, so he assumed this must have been an instance of miscommunication. The servant he had sent was relatively inexperienced and low-ranking, perhaps he had fumbled the message or the tenants had assumed he wasn’t legit and this was a scam. Giving them the benefit of the doubt, he sent next his chief-of-staff, someone they all would know because he had been there when they had signed the lease. This servant would be recognized, they would believe he was for real, and he would communicate clearly what he was there to collect. Surely they would listen.

They sent him packing as well, and now the landlord was even more confused and displeased. But he knew these tenants to be a bit snooty, so perhaps, he thought, they simply thought it beneath them to pay their rent to a servant. Deciding to give them one last chance, the landlord sent his son, his heir, his own flesh and blood, to collect.

Jesus tells this story as a way of predicting what is going to happen to him as he enters Jerusalem. The servants of God, the prophets, had come to no avail, so now God had sent his Son. And what was about to happen was that the Son would be likewise rejected, but more defiantly than before: this time there would be blood on the tenants’ hands.

Embedded in this story are a lot of complicated messages about judgment and the particular relationship of God with Israel. The gospel writers’ own struggles to relate to their native community in the latter half of the first century come through quite clearly in the way they have preserved and presented this particular parable, undoubtedly with an eye toward explaining the destruction of Jerusalem in 70CE.

Pealing away those complications for a moment, the starting premise of this story is one that I find striking: God is willing to keep trying to reach out to us humans, even to the point of sending his Son to his death. 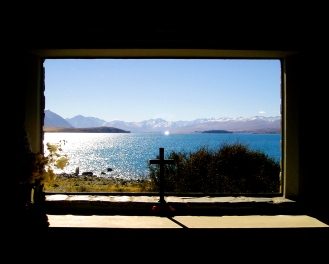 That premise is powerful, I believe, because it demonstrates something of the magnitude of God’s love for us.  And that powerful conveyance of God’s love is why I think the idea of “incarnation” is so crucial to Christian theology: it is not just that God has sent messengers and teachers, has left wisdom painted in the skies, has spoken through signs and wonders in an attempt to get our attention. It is that God is willing to come in person, God is willing to live among us, God is willing to die if that’s what it takes. The depth of empathy conveyed by the central narratives of the Christian faith is the level of empathy we expect form a God who is a person, a God who is personally invested in the fate of humanity and the rest of creation, a God who feels love and pain just as acutely, if not more so, as we do.

As powerful as this image of divine empathy and love is, there is an even more powerful and deeper layer to the story.

Jesus’ prediction that he will be killed comes to fruition not long after he enters Jerusalem.

There is a huge amount of debate about how we should understand this idea of “atonement.” In the ancient Christian world, the emphasis tended to be on either the image of paying a ransom (to sin or to the devil) or on a military victory (over sin or the devil). Sometime in the modern period, the notion of penal substitution became popular, equating the atonement to the payment of a judicial penalty on our behalf. In contemporary theology, that notion has become particularly unpopular again among mainline Christians even while becoming the centerpiece of much of evangelical theology.

All of these interpretations emerge somewhat later in Christian thought, after the initial players have left the seen. But what’s interesting to me is the way the gospel writers all treat the story of Holy Week.

The starting point, I believe, is noticing that every single gospel writer connects the death of Jesus to the beginning of the Passover festival. John even goes so far as to equate Jesus with a passover lamb.

What makes this all the more interesting is that Passover is not a festival related to the forgiveness or atonement of sins. Passover is the celebration of God’s covenant with the people.

The name comes from a story in the book of Exodus. The people have been enslaved in Egypt, and God has sent Moses to demand they be set free. After performing many signs and unleashing numerous plagues to no avail, Moses announces that one final plague is coming upon Egypt. To prepare, he instructs the people of Israel to sacrifice a lamb and place the blood of the lamb on their doorposts.

This act of marking the doorposts of the people with blood was not about purchasing pardon for their sins. It was about marking them as members of God’s covenant community. This house belongs to God the blood indicated, and so the angel of death passed over the house and did not take from it the firstborn sons.

When the festival of Passover is established after the people leave Egypt, it is meant both as a celebration of their history and as a renewal each year of their covenant with God. The people are to remember that it is God who brought them out from Egypt, God who protected them, God to whom they owe their lives and their loyalty.

It is a festival, in other words, about covenant.

As Jesus prepares to die, he begins this festival with the ritual meal of the seder in an upper room with his disciples.

And in the midst of that conversation, he says to them, “this cup is the new covenant of my blood, poured out for you.” 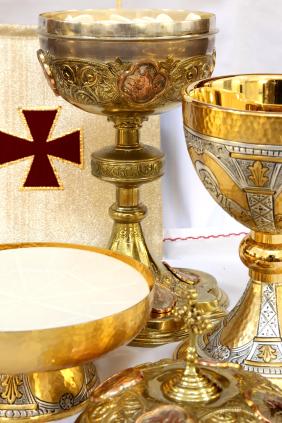 What happens at the crucifixion is the ultimate act of disloyalty toward God, not just on the part of God’s covenant people but on the part of all of humanity. God sends to us God’s son, we killed him. God came in person, we met him with death. It doesn’t get any more disloyal than that. Jesus’ story about the vineyard owner and his tenants is a devastating indictment of us all.

But what God does in the face of this moment of disloyalty is even more astounding.

“This cup is the new covenant of my blood, poured out for you.”

A new covenant is made in that moment. A new Passover lamb is sacrificed, and the blood of this lamb marks a new people of God.

The “atonement” is not primarily about a reckoning being made for sin, some penalty being paid, or even some enemy being defeated. It is about a covenant being forged despite, even in the face of, our rejection. The greatest act of disloyalty we could muster is the very act God uses to say “these people are mine, they belong to me, pass over them.”

One thought on “Theological Foundations (3) “These People Are Mine, Pass Over Them””