There once was a man named Plato

Plato lived in Ancient Greece, where the people worshiped the gods described in myths and epics like Homer’s Odyssey

.  The gods in these stories were fickle and crude and selfish.  They chased lovers (both human and divine), got drunk, started wars, and threw lightning bolts and unfortunate passerbys.  And so you could never really tell what fate they were going to hand down for your life.  The best you could do was try to pacify them with sacrifices and live your life hoping you didn’t inadvertently walk into the line of fire (or lightning bolt).

Plato thought all of this was a little fishy.  He read the poems and stories of the gods and said “these gods don’t deserve our love.  They are immoral and unreliable.  Gods should be good and dependable.”

declared that these gods weren’t real and that instead there was one “God,” known as The Good.  The Good was the very epitome of moral and aesthetic “goodness.”  It was, in fact, the source of all other things which contain any goodness.  The Good, Plato theorized, is completely perfect, and because change implies imperfection, it is completely unchanging and unchangeable.  In order to be so unchanging and timelessly perfect, The Good exists in a realm not of this world, a spiritual realm of the abstract in which everything has a static, perpetually unchanging existence.

Plato had a student named Aristotle

.  Aristotle didn’t believe in this spiritual realm of the abstract, but he did believe something was the source and originator of everything else that existed.  So Aristotle theorized that there was what he called an Unmoved Mover from which everything else derived its being.  And like his teacher, Aristotle believed that this “god” had to be completely and utterly unchangeable because if any change, or “motion” happened in its being, it would need something else to “ground” its existence.

From these two ancient philosophers, three very integral ideas emerged which have shaped much of the classical tradition of western Theism:  First, that the primary identity of God is as the “grounding” or “source” of all being, goodness, truth, and beauty.  In other words, that everything else derives its existence from God’s existence and that it is “good,” “true,” and “beautiful” to the extent that it accurately reflects this divine origin.  Second, that God’s existence transcends the physical world in which we exist.  In other words, that while everything may derive its being from God, God exists apart from the universe and in some other way than the universe exists. And third, that God–as the perfect being who exists apart from the moving, changing, imperfect universe–must exist in a timeless, static, “moment” of abstracted perfection.  In other words, that God cannot change, feel emotions (which change), or even make decisions, which imply a change in intentions.  God’s existence has always been what it is, God’s plan has always been what it is, God has always “done” what God does (acknowledging that “doing” itself is a metaphor that implies movement, and so cannot be said to be fully accurate).  It is as if God were frozen in a single moment of time (except, most of these theologians would say, God exists outside of time, so this again is an imperfect metaphor).

Throughout most of the Bible we find something remarkably different from this highly abstracted image of God.  Of course, God is hailed as the creator of all things whose being transcends that of the universe and whose ways are not our ways.  But the stories and poems and descriptions of God in the Bible make God sound much more like a person than an abstract, timeless being who can never experience change or movement.

Given how embedded the thinking of Plato and Aristotle are in our culture, we might at first be tempted to write these stories, poems, and descriptions off as anthropomorphisms, metaphors fabricated so that our own minds can understand and otherwise incomprehensible being.  Then we might take up a theology similar to that of Plato or Aristotle as the “true” description of understanding of God.  Throughout much of Western history, this is what Christians have done.

But if we look a little closer, I think we realize that Plato’s theology is actually built upon a false dichotomy.  Personhood does not preclude “transcendence,” persons are inherently both transcendent and imminent beings.  Plato himself believed that personhood was grounded in the presence of a transcendent soul, which he thought was temporarily attached to a body but perpetually seeking to return to its true transcendent existence in the realm of the abstract.  Later philosophers (such as Kierkegaard

) reverse the direction of this relationship:  what if instead of personhood being about attempting to escape this world into the realm of the abstract, it were instead about our transcendent selves seeking expression in the imminent and the concrete?

If we accept for a moment this alternative view of personhood, then we may think of an imminent, personal God who is not confined to be a fickle, immoral creature like those that occupied Mount Olympus.  The God of the Bible is a person, in the fully imminent, concrete sense of that term, but a person who reflects the true goodness, beauty, and truth of God’s transcendent being.  Thinking this way, I believe, much more fully captures how God is portrayed in the Bible:

The God of the Bible loves, with all its varying, changing emotions ranging from utter elation to deep anger and jealousy.  But God’s love is faithful, not fickle or whimsy; God does not ever abandon us, does not dismiss us, does not “break-up” or give up on us even in the face of the greatest infidelity.

The God of the Bible creates, and, like all who have taken part in a creative process, experiences all the moments of excitement, disappointment, and even regret that go along with creating something new.  But when God creates, God creates goodness and beauty and does not ever dump out the paint and throw the whole project away like I did with so many of my art projects when I was younger (and so many of my creative endeavors now).

God is an active, living, moving, changing person, but a person who reflects out of God’s transcendent being the truest sense of beauty, love, faithfulness, goodness, justice, mercy, and grace.

Even in one of the most philosophically reflective passages of the Bible, the prologue to John’s gospel, which invokes the language of Greek philosophy to connect God with the “logos” or “reason” which grounds all being (a later development on Aristotle’s Unmoved Mover), even in the midst of this heady philosophical argument we find that God is not a static, inaccessible being:  “The word became flesh and dwelt among us.”  God takes on human form, with all the changes and fluidity of human life, and becomes one of us.  God expresses God’s own transcendence in the imminent and the concrete.

The God we follow is a person, not an idea or even an “ideal.”  And persons are neither static, unchanging beings nor do they exist in some mystical “realm of the abstract.”  The God we follow is not Plato’s God, nor is it Aristotle’s.  It is the word made flesh, the living breathing person of Jesus Christ.

Now, if we take seriously this way of thinking about God, there are a few consequences that we have to live with:

The first is that, as a moving, changing, acting person, God has free will.  There may, of course, be immediate objections to the notion of “free will.”  To circumvent a long, tired argument my response is simply to say this: those theologies which deny the existence of personal freedom are all explicitly derived from the traditions of Plato and Aristotle.  If we have rejected their initial premises, we have no reason not to also reject the conceptual framework those premises gives us.  The God of the Bible makes choices, and makes them freely, because God, as a person, is free.

The second consequence, a corrolarry of the first, is that a God with free will is an autonomous being whose actions and attributes cannot be boiled down to lists and formulas.  In other words, we may repeat what God tells us about Godself: that God loves faithfully, that God desires justice and peace, that God creates good things, etc., but we cannot simply boil down God’s “will” or “attributes” to a philosophical formulation.  Nor can we bind God to particular rituals or activities.  The Bible is littered with stories about God choosing to do the unexpected because God is not bound to our conventions or our rules, even when those rules are the “dictates of logic.”  The transcendence and freedom of God, like the transcendence and freedom of all persons, means that there is always a level of mystery and uncertainty around God’s actions and will.  No person can ever be fully and exhaustively known or predicted, least of all God. 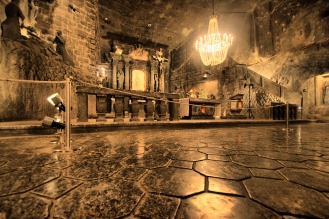 The third consequence is that a God who changes and moves can feel sympathy, and even empathy, for us.  God knows what is like to experience loss and grief, knows what regret feels like, knows the pain and the joy of love.  God has experienced the exhaustion of a hard days work and has even felt the pain of torture and death.  And so God can sympathize and even empathize with us in our moments of joy and in our moments of deep sorrow.

I, personally, find these consequences of understanding God as a moving, living person and not an “ideal” to be totally acceptable.  I do not believe we have any reason to be afraid of a God who experiences change, acts freely, and can experience sympathy.  What I am far more afraid of is a God who cannot empathize with me, who cannot decide to give mercy instead of demand formulaic justice, who cannot feel love but only timelessly generate some immutable, unknowable “will.”  This almost robotic, mechanized image of God strikes me as far more fearsome than a God who changes, a God who feels, a God who loves, a God who is perpetually breaking into our world of the concrete and not hidden from us by a veil of abstraction.