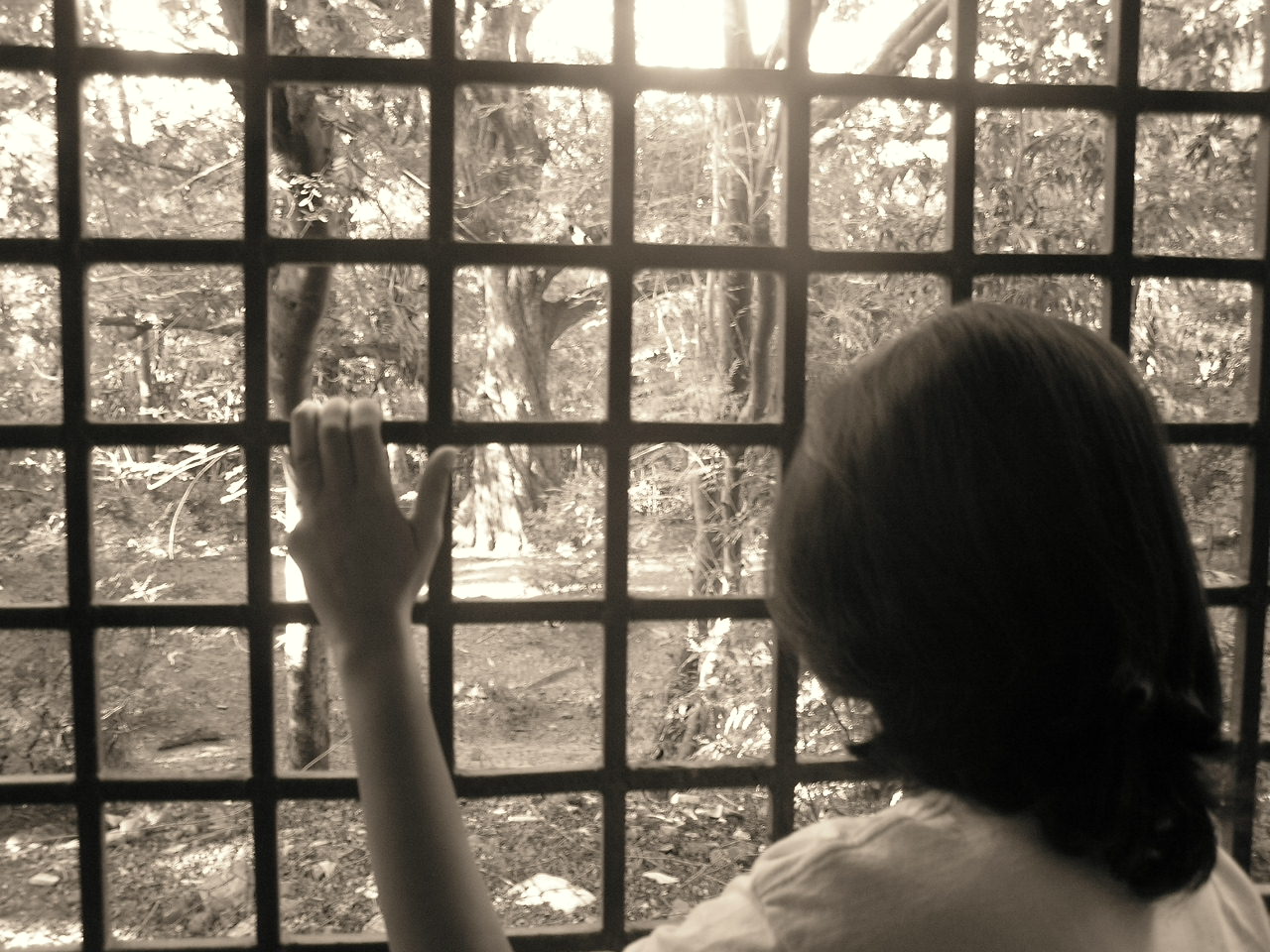 In the church where I grew up– a mid-sized, Bible church just outside of Memphis, Tennessee– leading others to a personal relationship with Christ was, as it is for most evangelical churches, a particularly important part of what church was all about.  And, as with many evangelical congregations, the most common tool in the toolbox was what has become known as “the sinner’s prayer.”

The sinner’s prayer is a short, ritualized prayer meant to reflect what is commonly known as the “ABC’s of Salvation,” a mantra I heard most often growing up when I attended Vacation BIble School at a nearby Baptist church.  Every year when the VBS wrapped up, the senior pastor there would give a message in which he invited everyone to “Admit they were a sinner,” “Believe Jesus Christ saves us from our sins,” and “Commit to love and follow Jesus for the rest of your life.”  That basic theology was then reflected in a short prayer all those wishing to be saved that evening were invited to say together, usually with everyone in the crowd bowing their head and closing their eyes so that those who said the prayer could raise their hands to be counted without feeling embarrassed.  While my family’s church rarely used the ABC’s mantra itself, we were regularly invited in our Sunday School classes to say the sinner’s prayer, ask Jesus to live in our hearts, and be saved.

Whatever else I was as a child, I was shy, and aside from a one year experiment at obnoxious attention-seeking when I tried (unsuccessfully) to don the role of class clown, I hated the lime-light and generally preferred to keep to myself.  The result of this was that when I was about 5 or 6 and our Sunday School teacher was inviting us to pray the sinner’s prayer, which by then I had heard many times but never yet been compelled to say, I was too shy to join in the collective class prayer and I would have never dreamed of raising my hand to say that I had done so even if I had.

What did happen was that, after church, I ran upstairs to my room, laid out on my bed in what I took to be a reverent posture, and prayed by myself there.

But then, because I felt like this momentous occasion demanded some sort of recognition, I had to go down and tell my parents.  Who then told the Sunday School teacher.  Who then congratulated me publicly, and my plans of staying out of the limelight were ruined!

Looking back now I would say that whether or not that Sunday actually marked the moment of my “salvation” (something I’m a bit theologically suspect of nowadays), it certainly marked the beginning of a spiritual journey that has brought me all the way to the present.

The impression I had then was that “getting saved” was supposed to make me feel different somehow.  I had joined a special club of the real Christians and that meant I was supposed to be forever changed.  I drew that impression from the dramatic conversion stories I had heard from the older kids on Youth Sunday, the one day each year that the youth group got to lead worship, which was exciting for me as a kid because they had a rock band that included a real drum-kit and a couple of electric guitars.  Whenever Youth Sunday came around, someone would invariably share a testimony about being totally lost to drugs or alcohol or some other form of sin and debauchery and how they radically turned around when they felt Jesus come into their life and save them.

When I said the sinner’s prayer I was too young to know what most of the things they talked about struggling with were, let alone have done any of them.  But nevertheless, I felt like something needed to have changed in my life, like I was supposed to feel some sort of power working in me, and if I didn’t that meant something had gone wrong.

As if to confirm this belief, for the first couple of weeks after I “became a Christian” I did feel something different.  Looking back now it was probably that I felt the warm accolades of a number of adults who were “proud” of my decision.  After a while, when they didn’t feel the need to continuously congratulate me, the feeling faded and I began to wonder if I had done it wrong.

The real benefit of being a Christian, in my six-year-old head, was that it meant I got to eat the little crackers and drink the juice on the first Sunday of every month when our church celebrated communion.  If you weren’t a real Christian and took communion, I had the impression that something terrible would happen to you (though to my church’s credit I’m not sure that’s something they ever explicitly said, more likely just something I made up when I was told I couldn’t take part until I was “saved”).

That first Communion Sunday after I started to doubt that the prayer had really worked I got very nervous when the communion plates were passed around, convinced I might be about to commit a grave sin by taking communion under false pretenses.  To try and assuage my nerves, I prayed the sinners prayer again sitting in my seat waiting for the plate to reach me.  But I didn’t feel any different.  I tried a few more times and still nothing happened.

That’s when I really started to panic.  By this time I already had the little saltine cracker that we used as bread in my hand and felt like I couldn’t reveal my doubts or else I would become the center of some sort of spectacle, which was about the worst thing imaginable in my mind.  So I quickly ate the piece of bread along with everyone else so that no one would notice anything was amiss.

Then a wild idea entered my head.  What if every other time you said the sinner’s prayer it negated the effect of the previous time?  So the second time I had prayed it, I had become unsaved.  But then the third time I had gotten saved again.  But then the fourth time I was unsaved again.  How many times had I said it by now?  Was it an even number or an odd number?  I couldn’t remember, which meant I was really in trouble: I would never actually know if I was saved or not!

By now the little cup of grape juice had reached me and I had to make a decision.

I decided to risk it.

And though I wouldn’t have known it at the time, that decision was the beginning of a journey.   Of course, as I grew older I realized that my imaginative doubts about whether I had prayed the sinner’s prayer an even or odd number of times were entirely fictional.  Even still, the lingering concern about whether I really was a Christian kept me intensely interested in learning more about my self-professed faith, seeking to discover what it even meant to be a Christian and, later in life, what “kind” of Christian I was meant to be.  My intense interest in theology, my own search for meaning, and the spiritual journey that search has led me on, could be said to have begun with the “faith-crisis” of a six-year-old’s imagination.

This story from my past came to mind a couple weeks ago.  What’s interesting to me now, as I am about to begin a new job as a pastor to youth and children, is to reflect on this story while thinking about what it means to have “faith like a child.”  Growing up in southern evangelicalism, that phrase was almost always used to extoll the virtues of a faith without doubt– suggesting that those who truly had the faith of a child could believe without needing to ask for proof or evidence– but my own childhood faith was anything but doubt-free.

Recently I’ve come to believe that maybe “faith like a child” should be thought of instead as a faith that is open to imagination, open to being inspired.  Sure, imagination can lead us to some fanciful and wild ideas, like mine did.  But when we are inspired, such moments of imagination can shape the course of a lifetime.

So maybe that imaginative inspiration is what “faith like a child” is really all about.  I’m convinced that the children of ancient Palestine wanted to see Jesus not because they believed, without any doubts, that Jesus was the son of God but because their imaginations were captivated by the stories they had heard about this man and, as a result, they believed that if they got close enough they would see something spectacular happen.

Faith Without Illusions: Following Jesus as a Cynic-Saint

57 thoughts on “The Faith Crisis of a Six-Year-Old (or, What Does “Faith Like a Child” Really Mean?)”